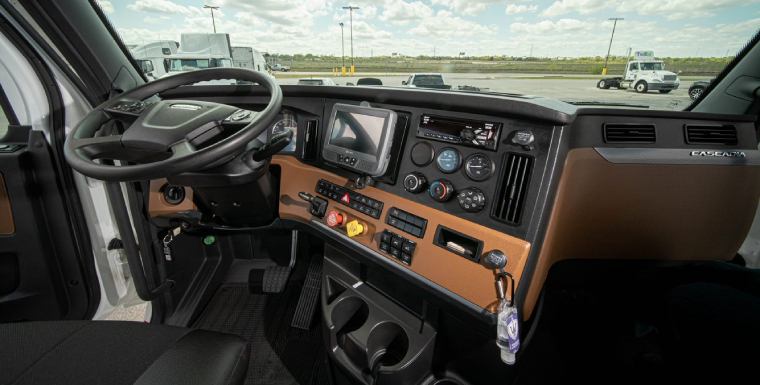 There is no getting around the fact: although strides have been made in terms of equality across many industries in recent decades, truck driving is still seen primarily as a man’s game. Estimates place the proportion of women in the industry at around 6%. Put another way, that means for every 16 trucks being driven on our roads, only one of them at most will have a female truck driver in the driver’s seat. If you’re a woman considering a career as a trucker, here’s what you need to know.

Truck driving as a woman: The realities

The biggest hurdle that women truckers face is tradition; more specifically, the gender roles are often associated with the binary of men and women. It’s still generally assumed that women will be the primary caretakers of their children and homes, which isn’t especially conducive to spending days or even weeks on the road. However, for women who are attracted to the idea of an adventurous lifestyle on the highways, the job certainly has its advantages.

Among these advantages is a high level of independence, a good starting salary, and oftentimes an excellent employee benefits package that includes full medical and vision insurance. Plus, one big bonus is that, unlike a lot of other industries, there is no gender pay gap to speak of in the trucking sector. On average, what men get paid for driving big rigs, women are also paid equal amounts.

Is truck driving a true meritocracy?

One advantage that truck driving has for its applicants is that, as long as you can qualify for your commercial driver’s license (CDL), you’re trusted to handle the job, regardless of your age or gender. While hiring in other industries has grown increasingly more and more biased towards younger demographics, once you’ve shown you can reliably handle a truck, you’re considered a safe hire. Women’s truck driver safety, as with men’s, doesn’t seem to waver with age. It’s not uncommon for drivers to start their trucking career for the first time in their 40s and 50s, making it an ideal job for newly independent women with older kids who’ve left the nest.

There’s a lot to be said for the kind of job that pays well and makes the most of the lack of complication in one’s home life. If you’re someone who enjoys a lot of alone time, and if you could easily see yourself spending long periods of time driving across the country, then you’ll be happy to know that trucking is a career with a lot to recommend it.

What kind of hours can women in trucks expect?

There is an increasing amount of work available, and with the age groups in trucking tending towards older drivers, there will need to be an increased focus on recruiting younger drivers. The good news is that you won’t need to waste much time waiting for work. If you get your CDL and choose your vehicle from among the wide range of trucks that are ideal for women who want to make a living in the industry, there’s plenty of work available. Depending on the law where you are, a standard rule is that you can’t work more than 70 hours across an eight-day period. However, you’ll generally have no difficulty finding enough work to keep you busy.

Those long hours can mean that you’re away from home a lot, so if you’re likely to find that off-putting, then you may have some choices to make. However, shorter runs and less intense schedules are available and will allow you to spend more time at home if that’s something that you desire. And with plenty of hours available, it can be a lucrative gig. Salaries are already competitive, and haulers are more than aware that drivers will be increasingly able to name their price as the older drivers start to retire within the next decade. A solid hourly rate multiplied by a lot of hours means that trucks for women will have no shortage of takers among those keen to boost their bank balance.

Is there a future in trucking for women?

Given that driving a truck could be a significant lifestyle change for many of the newly interested parties, it makes sense that they won’t want to make a big commitment for a job that could become obsolete in years to come. With new innovations in the world of logistics and delivery, could it be the case that all truck drivers will be looking for new employment sooner than they think?

We’re talking primarily about driverless vehicles, of course, and there is some good news on that front for prospective truck drivers. To begin with, the technology behind driverless vehicles is not as far advanced as its proponents would like us to imagine. We’re still a long way off from it being considered safe to put fleets of driverless trucks out on the road. Beyond that, there are still many elements of the job that we expect to require a human touch for the foreseeable future. So if you choose to work for a company like Warrior Logistics, you don’t need to worry that automation is going to make your job obsolete. If anything, technology, and online shopping continue to mean there’s more work than ever available to current and prospective truck drivers.

Will women truck driver numbers increase in the future?

Although the statistics might initially be disconcerting for women who are considering a career in the trucking industry, it’s important to understand that this is a legacy of tradition that doesn’t need to have any impact on your own intention of becoming a truck driver. Your gender really doesn’t matter as long as you are trained and qualified to safely drive a truck and its cargo from Point A to Point B within the time required.

We can only assume that the number of women behind the wheels of delivery trucks will increase in the next few years and decades. As an industry that will remain both relevant and necessary, new job openings are sure to become available in the near future. With well-paid jobs ready for anyone who can demonstrate the ability to carry them out, there is no reason not to give serious consideration to an exciting new career out on the open roads.

If you would like to learn more about the benefits of truck driving and the Warrior Logistics experience, get in touch today.